skip to main | skip to sidebar

Stretching of Limits --The Surreal Long Stage: How is this possible?: Part 1

Before I can tell the story of the Long Stage, I think we need to spend a few minutes revisiting my mindset when I signed up for this adventure a year ago, my expectations going into it, and my background (or lack thereof!) as a competitive athlete. Where to start ... how about backwards? For readers who may not know me well, I'll share a highly condensed version of my background:
So now that you know where I was coming from when I signed up for MDS, you'll probably understand why my goal all along was just to finish. I remember Coach Lisa telling me a year ago that the time limits were generous enough that you could finish even if you walked most of it (although a walk like that is far from easy!). Knowing that I could walk if I had to, I signed up thinking that with a great coach, focused training, and perseverance that I could finish. Finish -- that's it .... Finish. It wasn't until a couple weeks before the race that Lisa broke the news to me that I had a "race plan" and that her race plan for me was built on her belief that I could earn a top 100 spot -- maybe top 75.

What did I think of this? Well, I thought that I had a wonderful coach, who much like a mother believed that one of her own was capable of anything, even if that "anything" was entirely unrealistic. I thought that she was overlooking the reality of my background, my lack of Olympian genes, my lack of ultramarathon experience, my lack of speed, etc. While astonished that she would think I was capable of being somewhat competitive at an international ultramarathon event, I was also inspired. She lit a fire inside me by believing in my drive, spirit, and potential.

The race plan was simple: run the first three days easy, except for the last hour -- race that hour. Then, on the long stage (78K/47 miles), race ALL OF IT - hard! I remember thinking: "This is nuts! RACE the long day??? I'll be lucky to survive it, much less race it."

She instilled in me the belief that an epic performance on the long day would make a huge difference in the final standings. So with all of this talk of racing, I experienced a major paradigm shift. I started to see myself as a competitive athlete -- not just a former fat-guy who was out to finish, but a gladiator entering the arena with victory as the only option. I became much more serious about the weight I would carry -- shaving grams wherever possible. I decided not to take the solar iPod charger, to take only the clothes I would run in, and to take less food. I still thought that I would have to be incredibly lucky to finish the week in the top 100, but I wanted to maximize my odds and leave it all on the line in pursuit of something that I really didn't think was possible, but that perhaps was if I really stretched my limits. This probably sounds quite bizarre, but it's reality: after 12 years of endurance racing, with Lisa's belief that I could finish in the top 100, I finally started to see myself as a real athlete.

I never would have imagined that I would be in a position to sacrifice time on the third stage as a tactic to get the start time and group that I wanted on the long day. That's exactly what happened though as I was suddenly moving toward the top-50 during Stage 3. (Again, this was very surprising because I had been battling intense knee pain since the start of Stage 2.) On all of the stages except for the long stage, all 800 athletes start together. On the long stage, the elite top 50 start 3 hours later -- right at noon. For many reasons I didn't want to start with this group -- mostly because I didn't see myself as worthy and thought that it would be embarrassing and lonely to get dropped 5 minutes into the stage -- left to run 12+ hours alone. My Stage 3 strategy worked perfectly, so I was all set to line up for the 9AM start with 750 runners in the main field.

My strategy was to run in the lead pack up to the first big climb (at 4km). The climb was so steep that a fixed line was installed near the top. It also contained loose rock and a narrow route, so the race organizers said to expect delays. I wanted to avoid waiting in a queue at all expense, so I knew that I needed to be in the top 10 or so when the climb started. I believed that once I was on steep mountainous terrain that my passion for hills would take over and that I'd get up the incline on pure adrenaline. Once over the big climb, I planned to run 9 minutes and walk 1 minute -- over and over until I reached the Finish line 12 or more hours later. I decided to pack my camera away, so I wouldn't lose any time taking photos during the stage. I repacked my front pack several times to ensure that I could locate everything quickly, by feel. My compass was the most handy - just in case I needed to navigate (assuming that I was in one of the leading groups). I also had quick access to anti-inflammatory meds, salt tablets, and food. I didn't plan to stop for any breaks, so all my nutrition would be on the run or during walk breaks. I would unscrew my water bottle taps on the final run in to each aid station and stop only long enough to fill the bottles with water. I would speed walk all the steep ups and run the downhills hard -- even if rocky or sandy. I would ignore the knee pain, and if that proved impossible, I'd focus on the pain and turn it into its own energy source. I didn't know how I could race a 50-mile stage with legs that were already trashed and a knee that hurt so much I had to limp whenever I walked, but I intended to do anything and everything possible to minimize the time it took to finish the stage. At the same time though, I wanted to enjoy the experience, to savor the sights, sounds, and even the feelings my body experienced -- good and bad.

The night before the long stage, I went for a walk in the desert with the printouts of emails sent to me from friends, family, and supporters. I had four pages of emails. I was touched - my heart was warmed by such wonderful support from around the world. I decided at that moment to dedicate the long stage to everyone who had supported my charity initiative for UNICEF and ING Chances for Children. I stopped by the Internet tent before going to bed to send Becky the following note:

"I'm dedicating my run tomorrow to all who have supported the ING CfC/UNICEF charity initiative -- You are all running with me on Wednesday and I thank you immensely for the support you've offered. "

I didn't sleep well. Lots of tossing and turning on the hard ground -- and every time I turned, my knee would hurt enough to wake me up. I awoke at 6AM and nervously ate breakfast. Two hours later I found myself walking away from the start line for some solitary yoga time. I needed to get away from myriad conversations on heat, blisters, water, distance, and food -- I needed to enter a zone of peace and inner-strength. I entered Warrior II pose, with my fingertips pointing at the mountain we would climb early in the stage. My energy level increased as I connected with the desert. I closed my session with tree pose, where I found calmness to balance the pre-race nerves I was starting to feel. I focused on finding calmness through deep breathing. I bowed to the mountains and dunes, sharing a Namaste with an environment I hoped wouldn't punish me too much during my brief visit and better yet, would reward me with a scenic, safe, and quick passage.

At 8:50 I lined up on the front row -- another first. The helicopter buzzed the start line several times. Patrick Bauer (the race organizer) announced in French: "You have 34 hours to travel 78 kilometers. Good luck." I felt a huge rush of emotion and said to myself "This is your day Jeff. Make this the race of your life. This one is for everyone who supported you. No regrets. Race."

Are you going to do it next year with the Alphorn? I know you got the carbon fiber model to cut weight.

Again, thanks for letting us "feel" the experience with you!

Thanks for your honesty in sharing such raw emotion. It was a pleasure and honor to support you. Thank you for taking the time to recreate these moments and put it down in writing!!

It reads like a boy book Jeff!
I had to force myself to do something else first and then read your epic! Can't wait to read the story of your experiences during the race itself. Regards, Jaap

Jeff, what an incredible, beautifully written post! Really interesting to read how you planned so methodically and with such focus. Especially loved the way you took time immediately before the start to get positive, peaceful "centering." The last paragraph gave me chills! Looking forward to the next installment.

It's soooo inspiring to see videos and read about your racing! And video with you playing music was extra surprise, since I'm a triathlete and a musician, too. Wish you all the best and looking forward to reading new posts. Big hi from Zagreb, Croatia.
jelena

What a great post.."this is your day jeff" have the race of your life.
what an inspiration you are to so many. Keep on keepin on!
Lisa

The Marathon des Sables is a 7-day (6-stage) running race across the Moroccan Sahara. Athletes run the 243k/151 mile course wearing backpacks that contain their food for 7 days, sleeping bag, and survival equipment. The temperature variations are extreme, with daytime temperatures soaring above 120F/48C and nighttime temps plunging to freezing. It's known as the toughest footrace on the planet. 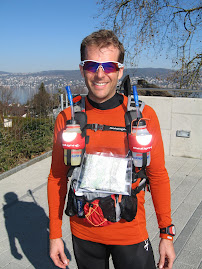 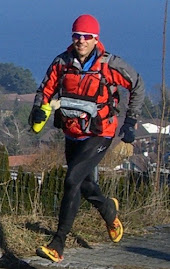 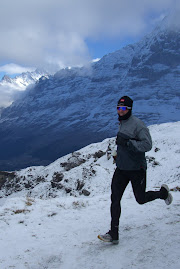 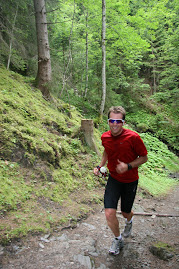